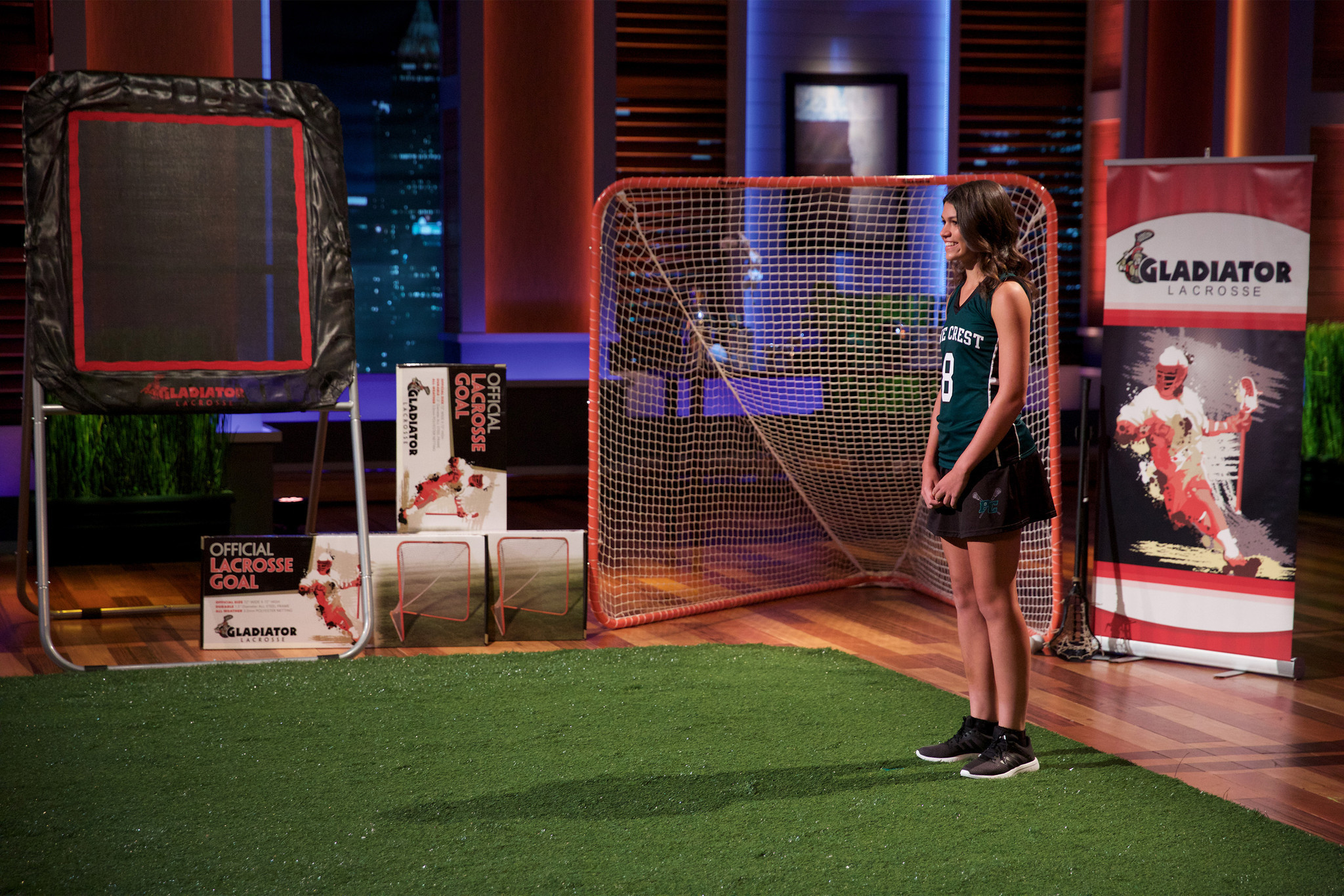 Her presentation was impressive, and it showed! Lori Greiner, the founder of QVC, said she was humbled by Rachel. “You’re doing everything right,” she said. Kevin O’Leary called the business “a hobby with great potential.” Daymond John said he would be doing her a disservice by taking part ownership of the company she built.

Although she did not strike a deal, her business is projected to reach $2 million in revenue this year, and has recently teamed up with world-famous lacrosse player Casey Powell to promote the company.

Rachel graduated from the YEA! Boca Raton, Florida chamber class in 2013 at just 12 years old. She has since been presented with numerous awards including the Boca Chamber’s Diamond Award, which is awarded annually to the top woman business leader in the region, and Florida’s Young Entrepreneur Award. She has spoken before organizations including the US Chamber of Commerce, Round Square and Cisco.

Check out her profile (including video) in USA Today!